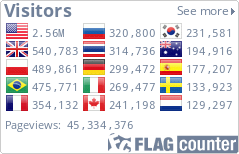 Kylie’s No “No Interactions Available” Mod by Winterhart at MTS

I’m glad this got solved! I also got the email. The only strange thing is that I have no clue where they got my personal email (which is not mentioned anywhere on my site, nor at any other sites I own)…

Last month I received a request for a mod from Bethnell, the mother of an autistic young woman named Kylie. Kylie would get upset to the point of tears whenever “No Interactions Available” popped up. Kylie and her mother, had contacted EA several times. The first response was “Well, don’t click there”. Just the thought that those words might pop up caused Kylie a great deal of stress. So that wasn’t an option. The next response was to refer them to the Forum. They got no response from there. So after several stressed out months of searching for help Bethnell found MTS and me. I didn’t really know where to start and asked for help from several people here and other places around the Sims community. It was Twallan who found the solution and walked me through making the mod. After testing the mod for Kylie I decided that I liked it too. It makes one less thing to distract me from what I’m doing. After all, it is fairly obvious that if you click on something and nothing happens there are “No Interactions Available”. I lost count of how many people responded with suggestions or good wishes for Kylie. Kylie is now happily clicking anywhere she wants to.

SCAN THIS QR CODE WITH YOUR PHONE

Next Post
The Sims Medieval to TS2 Conversions by Clutter-a-Holic
This website uses cookies. By browsing this site, you agree to our use of cookies.Accept Read More